A night in Portugal. An big old theater in Lisboa. Comfy chairs in Bordeaux-red pluche. Row 10. Not bad at all, to begin with. A ballet. Not particularly our thing, but there was this invitation from Culturgest, tickets for two. A program with interesting titles. A Dance Company from Israel, directed by Liat Dror and Nir Bengal. On Tour all their way up to Scandinavia.

The lights went out, and a hectic drama developed on stage. The stage was almost dark as well, one, two, three spotlights. Agressive, tender, agressive movements. In isolation, in close and tender embracements. Up in the air, down on the floor. They were quite young dancers, in my eyes. Perhaps the fury of a young generation, convinced that they had to show the public in the theatre, one, two or three generations older, that they, at last, were living their lives out of the box. Or they wanted to represent themselves as another Israel, liberated, free, daring, all orthodoxies left behind, playful, no frontiers, no soldiers, no fears. No darkness. The Dance of Nothing.

I opened my sketchbook and started to draw. With ink, felt pen, a paper serviette to distribute some color. A paper cup with some drops of cold cappucino. That’s how I had decided to do when leaving our hotel room, but now, in that dark theatre, the almost dark stage, the smells of sweating dancers, and, was this part of the show too?, the rising temperature in the theatre. When I get my steam up, hear me shout.

What I intended to do, turned into a stupidity. As stupid almost, as these dancers, emotionally disturbed maniacs on the stage.

So I started to let my inks dance on the paper. Fast, agressively, slow, tenderly. High up, low down. Movement. Not the emotion of representation, but of movement just like that, per sé. One scene after the other, page after page. Darkness is liberating. A shock on the stage, and off I fell, out of the Cuckoo’s nest. 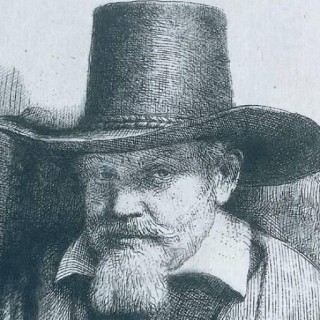